Sugar City Arts Collaborative
1239 Niagara Street
Buffalo, NY 14213
Thank you to the Buffalo Community for making the first ever live performance of Liquidation a success! We cannot wait to bring you another live show as soon as we can. Stay Safe Buffalo! 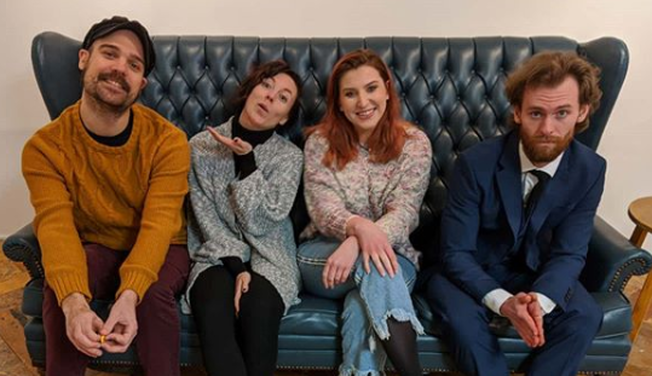 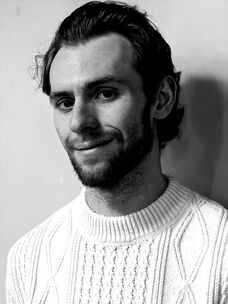 JOHNNY BARDEN (Manny)
Johnny Barden is a Buffalo actor and recent student of Niagara University. He is very excited to not only be working on this exciting and strange new project but to be working under the directorship of Nick Edwards. He would like to thank everyone involved who made this process a blast to be a part of. Some of his past Buffalo roles include Carthelon (Sive) Nash (Undeniable Sound of Right Now) Kevin Magee (Superior Donuts) 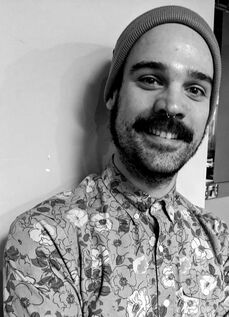 BEN PARSONS (Lane)
Ben is a newcomer to the Buffalo theater scene and is eager to begin work on Liquidation. He is a co-founder of local indie DJ collective, Dance Yrself Clean and is a resident DJ at Mr. Goodbar on Elmwood. He recently preformed as the lead vocalist for cover band Different Strokes, a group of local musicians covering songs from The Strokes early career.

Lane: High school student. Smart. Unsatisfied. Likes that Manny and him hate everyone but each other. Manny’s oldest friend. 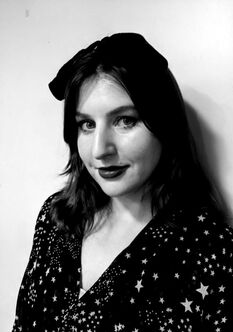 JULI GRYGIER (Jazz)
Juli is very excited to be back in her second GBP show as Jazz! She previously appeared as "Two", a blossoming psychotic, in "The Importance of Filing" in the Spooky One-Act Play Festival. Juli took a several year hiatus from theater to pursue a graduate degree in Higher Ed Administration and currently works as a consultant at an education technology company in Buffalo. Previous favorite roles include Cassie in Neil Simon's Rumors, Dora Strang in Equus, and performing in several 48 & 24-hour local film competitions. Juli also runs a small illustration business, find her on Instagram @sugarlumps.illustrations. 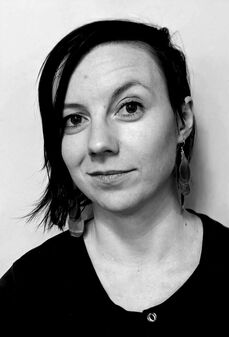 DREA BIM (Alexis)
Drea is delighted to be making her debut with Green Buffalo Productions for the premier of Liquidation. Notable roles include Cate in Blasted, Nurse and The Phrygian inOrestes 2.0 (Bread and Water Theatre), and Maggie in The Turtle Play (Fringe Festival 2013). She is also active in live storytelling events - having been a featured storyteller in Come As You Are, an All-Women storytelling show at Rochester Fringe Festival 2017. She has co-hosted the radio show "Foreign Exchange," and was an assistant producer/podcast editor for "Almost Tuesday"  (WAYO 104.3). She would like to thank Samantha Marchant for her continued friendship and encouragement, her daughter Sadie, all the fur-children, and her partner Sam for all being wonderful when schedules get chaotic and late night rides and dinner are more common than not. You’re all wonderful!

Alexis: Bartender. Kind of a total mess but owning it. Manny’s sister. 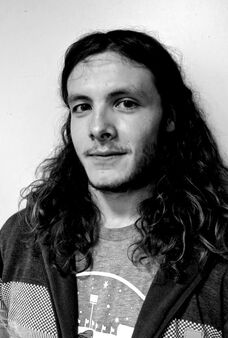 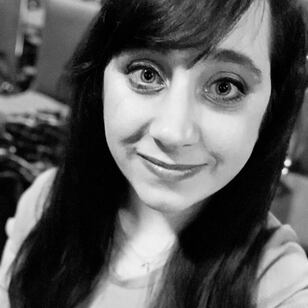 About the Producer
Madison Sedlor is proud to present another year of Green Buffalo Productions! Past Producer Credits Include: Once We Were Lost (48 Hour Film Festival) In Crazy Love, You & Me and two Spooky One Act Play Festivals (GBP) Madison's a local actor, producer, and playwright who is proud to call Buffalo her home. Her most recent piece of theatre, Keep a Little Soul was produced Off-Off Broadway at the New Thrills One Act Festival this past summer and continues to be produced around the country. She is so happy to give new playwrights the opportunity to see their works come to life. Madison also contributed to the lighting and sound design of Liquidation. Twitter: maddy_gbp Insta: green_bflo
​

Liquidation from Ellen Scherer on Vimeo.