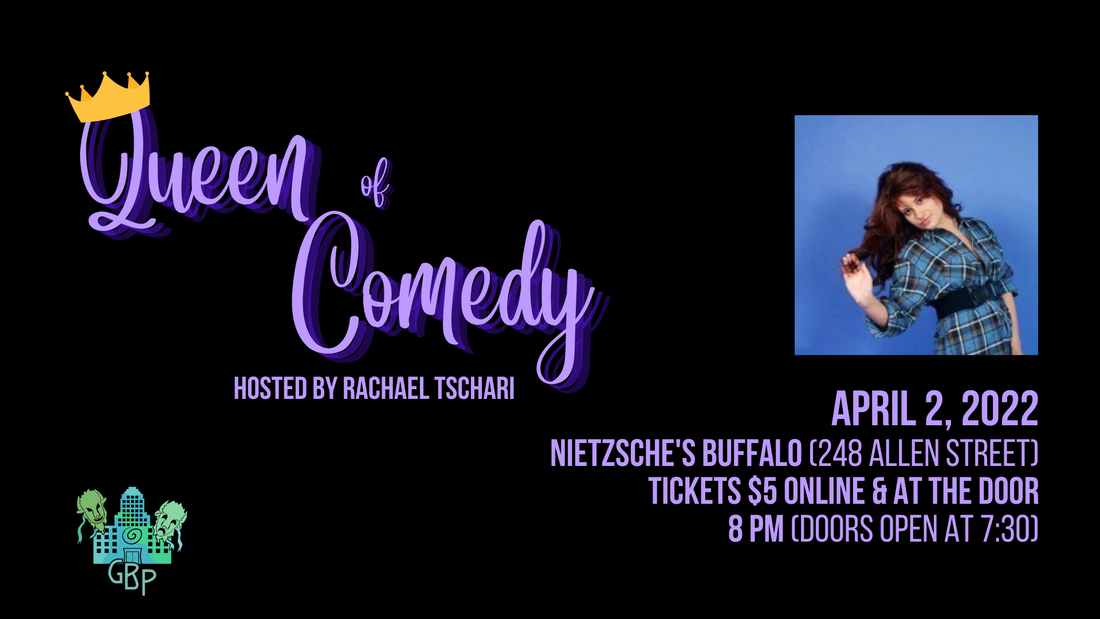 What's Queen of Comedy??
Green Buffalo Productions is on the lookout for the 15 funniest women in Buffalo and Rochester to be the funniest women in Western New York! Our favorite Buffalo comic, Rachael Tschari, will be hosting the show at NIETZSCHE'S BUFFALO. Comics will perform before a panel of judges. All performances will be recorded for those who would like to enjoy the show from home!

TICKETS:
​AUDIENCE: $5 online or at the door
​WANNA PERFORM?
THE BASIC BITCH: $10 FOR A 5-MINUTE SET AND A FREE DRINK
​THE EXTRA BITCH: $15 FOR A 5-MINUTE SET, A FREE DRINK, AND A RECORDING OF THE SHOW
purchase here
​GET A SNEAK PEEK:
We filmed a mini Comedy Queen over the summer for Patreon with Rachael Tschari & Katarina Valentine. Check it out!
virtual show
Want to support GBP and receive extra cool content?
Become a Patron!
Powered by